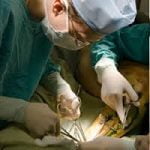 The counter offer was made by the film studio behind the Hunger Games movies after CBS made an informal $5 billion bid for the cable network, the sources said.

CBSÔÇÖs informal offer was made by Joseph Ianniello, the interim chief executive officer of CBS, about six weeks ago and Lions Gate Entertainment sought a higher valuation, the sources said.

The approach underscores the scope of CBSÔÇÖs ambitions to compete more aggressively in a world in which it is squeezed by deep-pocketed tech companies on one side and rapidly consolidating peers on the other.

The news lands 12 days before a board meeting where it will review its options that is believed to include initiating merger discussions with Viacom Inc. Both companies are controlled by National Amusements, which is owned by the Redstone family.

CBSÔÇÖs approach was first reported by the Information on Friday, citing four people familiar with the situation.

CBS, home to popular shows such as the ÔÇ£The Late Show with Stephen ColbertÔÇØ and ÔÇ£The Big Bang TheoryÔÇØ has been looking at the deal as a possible complement to Viacom Inc, which CBS also is considering purchasing, the report said.

While media majors Walt Disney Co and AT&T Inc are tapping into their extensive film and TV libraries to launch streaming rivals to Netflix and Amazon.comÔÇÖs Prime Video, smaller players CBS and sister company Viacom Inc are focusing on providing original content to other distributors.

CBS is on track to invest more than $8 billion in programming this year, Ianniello had said.

Shares of Lions Gate rose about 12% on the report, while those of CBS were marginally down in afternoon trading.

Reporting by Akanksha Rana and Arjun Panchadar in Bengaluru; Editing by Arun Koyyur and Diane Craft