Media veteran and entertainment executive Steve Carlis has been nominated for an honorable mention by MeritWorthy.com.

Merit Worthy cited Steve Carlis’s passion and dedication to the entertainment industry as the main reason for ┬ánominating him for such honorable mention. Steve Carlis has indeed worked tirelessly over the years to bring us exceptional entertainment options as well as fostering the formidable talent of stars such as Jeanine Pirro, Dr Laura Berman, and Steve Harvey.

From his enviable role as President of the Shooting Gallery, to overseeing the executive production and distribution of more than 50 films, Steve Carlis is a talent to be reckoned with. One of the many brilliant films he produced, Slingblade (1996), went on to receive two-time Academy Award nominations. The film┬áYou Can Count on Me ┬á(2000),┬ástarring the young and rather handsome Mark Ruffalo, and the feature-length documentary,┬áWith All Deliberate Speed (2004), were also nominated for prestigious industry awards; an Academy Award and an Emmy, respectively.

With All Deliberate Speed is the extraordinary documentary that examines the┬álandmark┬áBrown v. Board of Education Supreme Court decision that brought the United States one step closer to racial equality by mandating the desegregation of schools.┬áWith All Deliberate Speed┬áfeatures never-before-heard stories from those closely involved in the case.

Steve Carlis also had the role of executive producer in the following productions:

Steve Carlis’s recent honorable mention by Merit Worthy is by no means his first award.┬áIn 1999 he received the Ernst and Young Entrepreneur of the Year award. 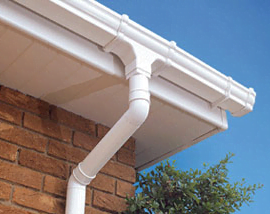